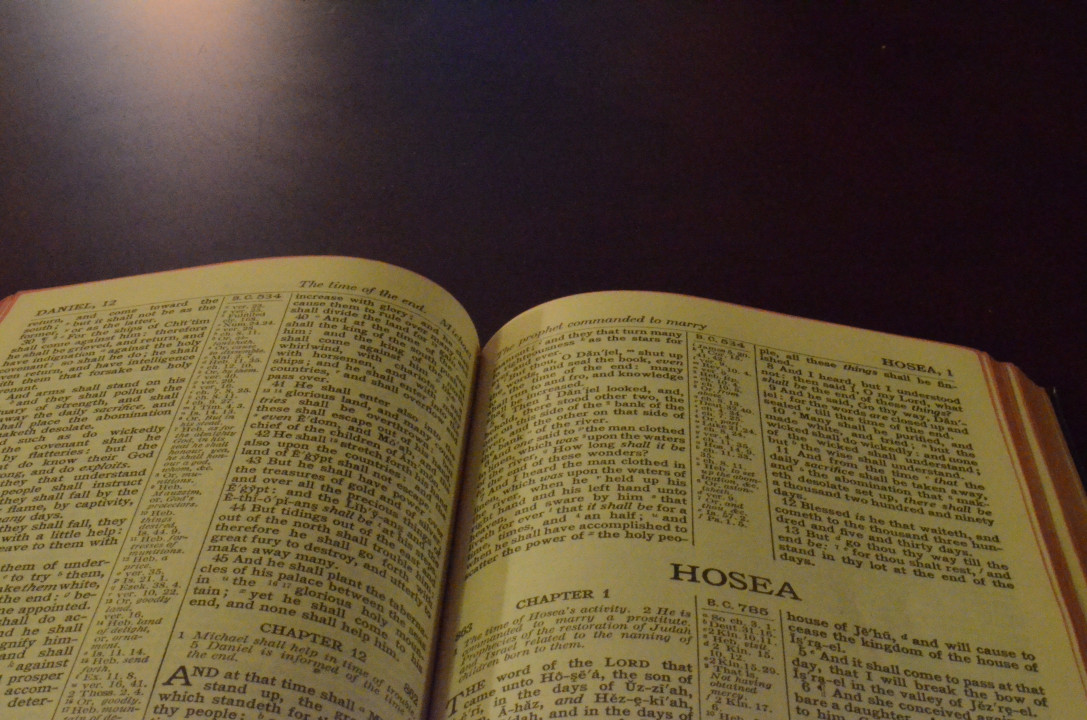 Something I enjoy is history in the Bible unfold. In preparing for Kitchen Table Bible Study, I’ve been reading through the book of Hosea and listening to commentaries on Hosea. I think it’s fascinating the amount of history that plays into the first few chapters of Hosea. Israel’s early history in the promised land sets the stage for continued rebellion. I’ll mention just a few examples below.

Hosea most likely lived in Israel (the northern kingdom) because of the message preached and how often he mentions Israel in God’s message. He during the reign of numerous kings including Uzziah, Jotham, Ahaz, and Hezekiah (Kings of Judah) and Jeroboam II (king of Israel). The Jeroboam living at the time of Hosea will not be the same one mentioned later in this article. Hosea lived at a time when Isaiah, Amos, and Micah all lived in Judah. He continually preached against idolatry and rebuked the people, priests, and kings for turning to idols.

Samaria is Israel’s capital and Jerusalem is Judah’s capital. Ephraim is sometimes used as another name for the Northern Kingdom (Israel) but is also the strongest of the tribes. The kingdoms split after Solomon died. Rehoboam was Solomon’s son. After Solomon’s death, the people came to Rehoboam and said Solmon made their burden great and asked if he would lessen it. Rehoboam sought counsel from his father’s counselors and his peers. His father’s counselors suggested he ease the burden and the people would follow him. His peers said to make the burden even harder and he followed that advice. This is a reason many of the tribes left and desired Jeroboam for their king.

Jeroboam was a servant to Solomon and from the tribe of Ephraim. In 1 Kings 11, we learn how Solomon turned away from the Lord and because of that the Lord raised up adversaries against Solomon. We also learn a prophet took a new garment when he met Jeroboam on the road and tore it in 12 pieces. Jeroboam is told to take 10 pieces to represent the 10 tribes he would receive from God (which become the northern kingdom of Israel). The other two God promised to keep with David’s family because he would not abandon his promise to David. God also promises to bless Jeroboam if Jeroboam follows the Lord’s statues like David did. This is when Solmon seeks to kill Jeroboam so Jeroboam flees to Egypt.

After Solmon’s death, Jeroboam returns. Jeroboam does not follow in David’s footsteps. Instead, he decides that if the people of Israel need to keep going to Judah to worship God in Jerusalem that they will turn away from him, so he sets up golden calves in cities and starts having the people worship these false gods and others like Ba’al. Of course, God was upset by this and Jeroboam is quickly given judgment. This is the continuation of the fall of Israel into idol worship. Solomon was the one who restarted idol worship in all of Israel when the kingdom was united. This is obviously against the first commandment and the theme of idol worship is a big one in the book of Hosea because so many years later both kingdoms trust in idols rather than God.

Israel not only trusts idols but  is quick to trust other nations like Assyria to protect them. This is done by paying yearly tribute to Assyria, however, when Israel stops paying tribute, Assyria decides to conquer Israel. Israel trusts Egypt to come to their aid, yet Egypt does not come. When Judah is in trouble, sometimes they trust others and sometimes they trust the Lord. When Assyria comes against Judah, the angel of the Lord strikes down 185,000 Assyrians in their camp so the Assyrians turn away and God protects Judah for a few more years. God is clear, He will protect his people. However, with the choices Israel (and often Judah) make, He is not their God so they are not His people.

All of this sets the stage for bad decisions from the kings of both nations which brings God to ultimately judge the people of Israel and Judah, yet still show his steadfast love to those who believe. God gives Hosea a special task, to live his life as a living message of God and the people. He calls Hosea to marry a woman of whoredom (either a prostitute or a woman who was adulterous). This is a shock for many because the women would be stoned to death according to Old Testament Law, however, God calls Hosea to this special message. God will use Gomer’s life to represent Israel’s unfaithfulness and Israel’s desire to seek idols and other nations for protection. Hosea’s love and life shows how relentlessly God pursues his people and keeps his promises.